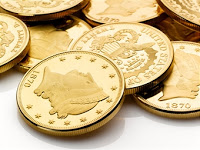 In June 2012 Walter Samaszko, 69, died at his Nevada home, a recluse whose only asset was a small checking account and under $200,000 in stocks. Or so authorities thought.

When authorities began clearing his Carson City home, they found multiple ammunition boxes in his garage and other areas of the house. Stashed inside the boxes were hundreds of gold coins, some very rare. There were close to 3,000 Austrian coins minted in 1915; many U.S. gold pieces from the 1890s; 620 Canadian Maple Leafs; Mexican pesos; and many more.

Samaszko also did not leave an estate plan. Eventually officials found his only heir, a first cousin: substitute teacher Arlene Magdanz of San Rafael, California. She is going to get one heck of an unexpected inheritance.This week, the first phase of the estate auction was held, and fetched nearly $3.5 million. Taxes and fees will be paid from the proceeds, but the rest will go to her. And the rare coins have not even been auctioned yet; that’s phase two.

Do you hide valuables in your furniture, in your attic? They might never be found. Better let someone you trust know that they are there, or they could end up along with the sofa at a thrift store or in the curbside recycling!