Morgan Freeman’s granddaughter dies intestate, father who abandoned her set to inherit half her assets 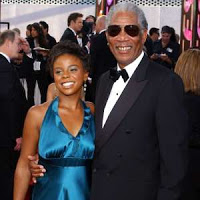 You don’t have to be rich. You don’t have to be old. Everyone needs an estate plan. Without a valid plan specifying who gets what if you pass away, the state you reside in will make those decisions for you. Don’t assume that the state’s plan will match what you had in mind. If you die intestate, who ultimately gets what could end up wildly different from what you expected or would have wanted, or even what would seem logical to most people. This is particularly true in blended family situations, as this recent high-profile case illustrates:

Academy Award-winning actor Morgan Freeman’s granddaugher, E’Dena Hines, died last August at age 33 when she was brutally attacked by her boyfriend. She was not married and had no children. Her main asset was her condo, purchased for her by Freeman and worth about $800,000. She died intestate, i.e., without a will. Since she had no spouse or children, New York law prevails. That means that her parents inherit their daughter’s estate in equal shares.

But here’s the rub that has E’Dena’s grandfather fuming: Her father has played no part in her upbringing and never contributed to her support. He and her mother divorced when E’Dena was just three. Yet, according to the law, this deadbeat dad is entitled to inherit half of his daughter’s assets. Freeman, who has effectively been her surrogate father, is taking legal action to try to stop this from happening, but whether he succeeds remains to be seen. As the say, the law is the law.

By the way, had E’Dena resided in Florida, the result would have been the same. With no spouse and no lineal descendants, Florida law deems the parents next in line to inherit, per Florida Statute 732.103:

(1) To the descendants of the decedent.

(2) If there is no descendant, to the decedent’s father and mother equally, or to the survivor of them.

(a) To the grandfather and grandmother equally, or to the survivor of them.

(c) If there is either no paternal kindred or no maternal kindred, the estate shall go to the other kindred who survive, in the order stated above.

(6) If none of the foregoing, and if any of the descendants of the decedent’s great-grandparents were Holocaust victims as defined in s. 626.9543(3)(a), including such victims in countries cooperating with the discriminatory policies of Nazi Germany, then to the descendants of the great-grandparents. The court shall allow any such descendant to meet a reasonable, not unduly restrictive, standard of proof to substantiate his or her lineage. This subsection only applies to escheated property and shall cease to be effective for proceedings filed after December 31, 2004.

The message in all this is obvious for the rest of us: Create an estate plan.  This is important for everyone, but particularly for those with less traditional family structures. Don’t wait until you retire. Don’t wait until you amass what you consider to be sufficient assets. Don’t wait until you are 100% sure of who you want to get what. A good-enough plan is better than none, and you can always refine your choices going forward. Contact The Karp Law Firm for assistance.