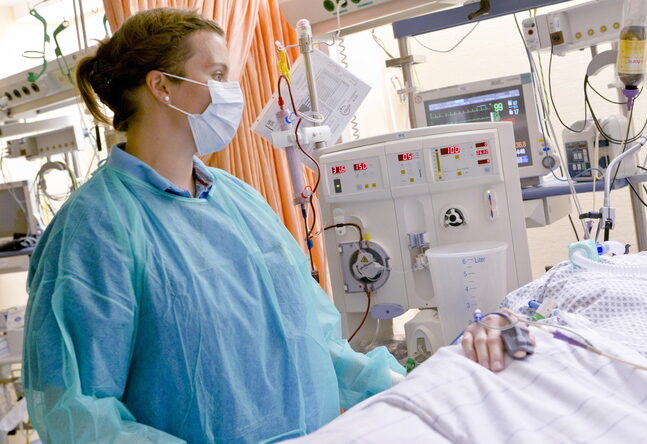 A decade-long class action lawsuit, Barrows v. Becerra, has finally ended, with the outcome a win for Medicare beneficiaries who find themselves hospitalized as “observation” patients.

Observation status means you are not well enough to be discharged from the hospital and are being monitored. Even if you are initially classified as an inpatient, the hospital review board can switch you to observation status at any point during your hospital stay, or even after you are discharged. You are technically an outpatient when you are on observation status – although your hospital stay will likely feel no different than it would if you were an inpatient. But the difference between the two classifications will become apparent if, upon discharge, you need follow-up skilled nursing care for rehabilitation. Here’s why: Medicare covers 20 days of skilled nursing, plus an additional 80 days with a deductible, only if you have been in the hospital for three days or more as an inpatient. The date of discharge does not count as one of the three days. If you have been on observation status, you will have to pay out of pocket for these costly rehabilitation services or forego the recommended care.

Congress took a step toward protecting Medicare beneficiaries from these costly surprise charges by passing the Notice of Observation Treatment and Implication for Care Eligibility Act (NOTICE Act), effective 2017. It required hospitals to inform patients when they are classified as observation. Until then, patients might not have even been aware of their status, or the potential repercussions of being considered to be on observation.  The NOTICE Act provided patients with the opportunity to request a reassignment. But beyond that, patients had no recourse, because they did not have the right to appeal. A spokesperson for the Center for Medicare Advocacy, Alice Bers, stated: “You can appeal almost every issue affecting your Medicare coverage except this one, and that is unfair.”

The January 25 decision in Barrows v. Becerra changes that. The ruling provides Medicare beneficiaries with the right to appeal for nursing home coverage if they were admitted to the hospital as an inpatient but then reclassified as observation patients. The judge for the U.S. Court of Appeals for the Second Circuit writes in the court’s ruling: “The decision to reclassify a hospital patient from an inpatient to one receiving observation services may have significant and detrimental impacts on plaintiffs’ financial, psychological, and physical well-being… That there is currently no recourse available to challenge that decision also weighs heavily in favor of a finding that plaintiffs have not been afforded the process required by the Constitution.”

The ruling applies to you if you have Medicare A; were admitted as an inpatient and then switched to observation status; spent three days in the hospital; and then referred on to skilled nursing and denied coverage. You can appeal once you receive your Medicare Summary Notice. If you are currently in the hospital and placed on observation status, you can request an expedited appeal. Older claims may also be appealed, but Medicare has yet to announce how it will handle them.