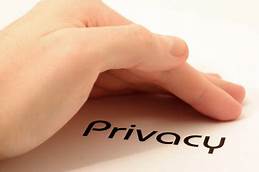 This is not the forum to discuss the lurid details of the Jeffrey Epstein case. Others are doing a thorough job of that. However, there is one aspect of the saga with direct relevance to our readers: how trusts can be a boon to those who value their privacy.

You know the basic facts from the headlines: Epstein signed a will and a trust on August 2, just two days before he reportedly committed suicide in his Manhattan jail cell. The will was filed in the U.S. Virgin Islands, where Epstein had an estate. The will designates his trust – called the 1953 Trust in recognition of his birth year – as the recipient of all his assets.

Other than that, we don’t know much. And that appears to be the goal of the plan.

A will is public record. A trust is not, which means it has a higher level of protection from public scrutiny. Think about it: Despite the public furor and fascination with this story, despite reporters poking around in all corners of Epstein’s life and death, we still don’t know what his trust says. We don’t know if all, some, or none of his assets, estimated at around $577 million, were transferred into the trust by the time of his death. We don’t know who the trustees are. We don’t know who the beneficiaries are. What we DO know is that the existence of the trust, a private document, will likely make it more difficult for his accusers to discover where Epstein’s assets are and to collect on their civil cases. It could take years for the cases to work their way through the courts.

The average person’s life and fortune are nothing like Epstein’s was.  Still, there are a variety of legitimate reasons many of us value our privacy as much as Epstein valued his. Perhaps you just do not want anyone poking around in your family’s affairs, learning who got what. Maybe you are cutting out an heir and don’t want to make it too easy for that person to track down your dispositions. Maybe you don’t want to leave a trail of legal breadcrumbs that could lead scam artists – never ones to let a little thing like death stand in the way of a good scheme – to target your beneficiaries.

Epstein’s life was nothing to admire, but in death he has provided us with a valuable estate planning lesson: If you are concerned about privacy, a living trust may be a good strategy for you. Talk it over with your estate planning lawyer.

You can read Epstein’s will here.