IRS calling? This time, it may be legitimate 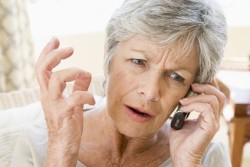 Consumer advocates are warning taxpayers about a new program that went into effect in April that permits the Internal Revenue Service to use private debt collection agencies. Targeted taxpayers will be those the agency has already contacted but who remain in arrears. The four companies are: Conserve – Fairport, New York; Pioneer – Horseheads, New York; Performant – Livermore, California; and CBE Group, Iowa.

The IRS tried twice before to use private companies to go after outstanding debts, without success. The last such effort, shut down in 2009, found that private collectors were not as successful as government employees in recovering funds. Nonetheless, legislation passed in 2015 calls for this third attempt.

According to some consumer advocates, the new program presents several dangers, and they warn taxpayers to be vigilant:

To protect yourself and your loved ones, you should keep the following points in mind:

Click here for more information from the IRS on its private debt collection program.