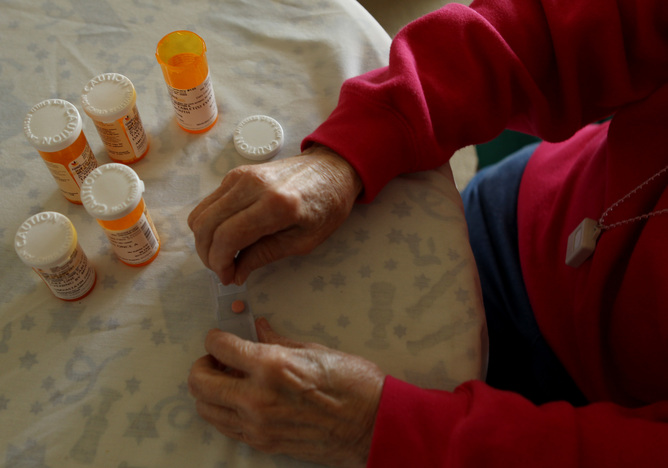 And they said it couldn’t be done!

Medicare enrollees will begin seeing savings next year and beyond thanks to The Inflation Reduction Act. Passed after years of negotiation, and along strict partisan lines in the Senate on July 21 and the House on August 12, the legislation is a retooled version of the Biden Administration’s original Build Back Better proposal. The omnibus legislation touches on many areas, but the most obvious and immediate benefits for seniors enrolled in Medicare will be the savings on out-of-pocket medical and prescription drug expenses. These costs have soared meteorically and outpaced inflation. Below is a summary of the benefits to come.

Beginning in 2025, there will be a $2,000 cap on what Medicare enrollees pay for prescription drugs, whether through a Part D program or a Medicare Advantage program. And starting in 2024 and continuing through 2029, Part D premium increases will be limited to no more than 6% annually. This should help millions of seniors, especially with respect to the astronomically expensive drugs that have come to market in recent years. According to the Kaiser Family Foundation, 1.4 million enrollees now spend over $2,000 each year for their prescriptions. Some skimp on doses or skip medications entirely because of the cost. Presently there is no upper limit whatsoever on what Medicare participants pay for prescription drugs.

Beginning in 2023, Medicare beneficiaries will pay no more than a $35 copay for a one-month supply of any insulin covered by a Medicare drug plan. This applies to participants in Part D plans even if the annual deductible has not been met. The original bill proposed a cap for everyone, even those with private health insurance, but that provision  did not make it into the final legislation. (Since this was a reconciliation bill, under House rules – they are very convoluted rules –  the House Parliamentarian could not permit that provision to be included in the legislation.)

Congress has been kicking this can down the road for years. Opponents have long argued that allowing Medicare to negotiate drug prices will negatively impact research for life-savings treatments, and hike costs for those covered by private insurance. Now, The Inflation Reduction Act will permit Medicare to negotiate prices for 100 commonly used and expensive drugs, beginning in 2026. The list of drugs for which negotiations are permitted will be phased in and seniors should start to see savings as the phasing in proceeds.

How Will Your Savings Be Paid For?

How to pay for all this has been a political sticking point. According to the Biden Administration, these benefits will neither expand the deficit or create additional taxes for most people because  the law introduces a 15% alternative minimum tax on the adjusted financial statement income of corporations with annual profits in excess of $1 billion. According to the nonpartisan Institute on Taxation and Economic Policy, 55 corporations, including Nike and FedEx, paid zero federal income tax in 2020 because of various tax loopholes. The new corporate alternative minimum tax is projected to produce $313 billion in tax revenue. Critics have predicted the tax will slow economic growth; proponents say it will not negatively impact small business, or affect families with less than $400,000 in income.