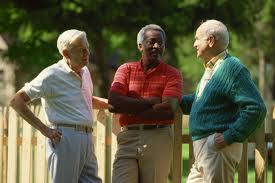 Sure, Florida has a large numbers of retirees. No surprise there. But this may surprise you: Florida’s over-65 population is not growing as fast, percentage wise, as in other states. In fact, it doesn’t even crack the top ten. The state that’s greyed the most in the past decade? Alaska. Yes, Alaska, where the percentage of retirees increased nearly 60% from the year 2000 to 2011. Those 65 and older now constitute 8% of the state’s population. Following Alaska’s 65-and-older growth rate are these states:

Idaho: Tying Arizona, there has been a 37.3% increase in the number of seniors in Idaho. They constitute 12.8% of the population..

Colorado: The mountain state’s senior population grew 37.2% since 2000. They constitute just over 11% of the state’s residents.

If you or someone you love in Florida is facing age-related legal challenges in Florida, talk to our Florida elder law attorneys.