Estate planning with Generation Z in mind: these are not your “typical teens” 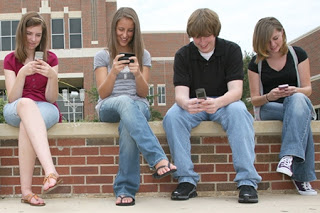 Estate planning is not just about money and taxes. It’s about the people you love: Their character, their values, their hopes, your hopes for them. These things matter when you are deciding how you want your assets distributed, and who you feel confident relying on to perform various jobs for you.

It’s well know that each generation tends to have its own character traits. The Baby Boomers and the Millennials have been widely studied. Now, it is Generation Z’s turn under the microscope. These are the teens and young adults in your family, born between the mid-1990s and the first decade of the 2000’s: the children of the Millennials and the grandchildren of the Baby Boomers.

While we tend to associate teenagers with irresponsible behavior, the typical Generation Z-er is turning that notion on its head. In a 2015 J. Walter Thompson Innovation Group Study, 1,000 teens between the ages of 12 and 19 were surveyed. Like those raised during or shortly after the Great Depression, Generation Z-ers have grown up in a world of massive economic and political turbulence, which seems to have made them keenly aware of the importance of financial security, and more mature relative to earlier generations of teens. Eighty-three percent of the study respondents said it is important to start saving for the future, now. Write the researchers: “Unlike Millennials, Generation Z-ers have grown up in tough times, and, if anything, have watched Millennials and learned from their mistakes. They know education needs to be active rather than passive and that unemployment is a real risk.” Gen Z-ers are generally ambitious and entrepreneurial, too: A 2014 High School Careers study from Millennial Branding reveals that 63% hope to start their own business rather than work for someone else.

No doubt there is still plenty of foolish behavior to be found among today’s teens, but as a group, they are more responsible and sober-minded than the teens that came before them. In their age bracket, smoking, illegal drug and alcohol use, and teenage pregnancy are at the lowest levels in generations. That’s good news for everyone in many respects. It certainly makes estate planning easier when you don’t have to figure out of or how to provide for a loved one who has a drug problem or a track record of poor money management!

Another point I unearthed in my reading about Generation Z is that they are the first truly digital generation. Parents and grandparents must recognize that today’s teens have never known a world without computers and the internet, and that has greatly impacted the way they interact with each other – and with us. If you are wondering why your teenage grandchild has yet to respond to the email you sent last week, you’ve already discovered that Generation Z-ers do not much care for email. Nor do they make phone calls, leave voice messages or listen to them. They consider all of that an inefficient waste of time.  What do they do? They text, directly or via social media. A 2012 Pew Research Center study showed that 77% of teens had smartphones, and the percentage is probably higher now. So whether you live down the block or across the country from the teenager in your family, texting him/her (but not too much!) is probably the way to go.

In the last post  the point was made that it’s unrealistic to wait to do one’s estate planning until life is stable – because change is the only constant. Our finances and family circumstances, our health status, tax laws and other laws are always in flux. And now, Generation Z is showing us that everything we thought we knew about teenagers isn’t set in stone, either!