How Should You Plan Your Estate When Your Beneficiary Has A Drug Problem? The Sad Story Of Matthew Mellon 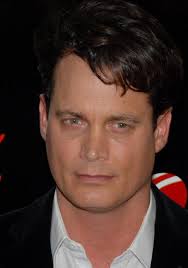 Do you have a beneficiary with a drug problem? You are not alone. The Federal Reserve’s Report on the Well-Being of American Households in 2017 reveals that one in five Americans knows someone who is addicted to opioids or prescription painkillers. That’s doesn’t even include all the other available habit-forming drugs.

If you have a loved one with a substance abuse problem and want to include that person in your estate plan, proceed with caution. Consult with an experienced estate planning attorney to explore the best approach. Inheriting a large sum of money can be detrimental to your loved one’s health. The recent death of Matthew Mellon, scion of the banking dynasty, illustrates this sad point.

A South Florida native, Mellon was raised in Delray Beach by his mother and stepfather. Mellon was diagnosed with bipolar disorder, and his substance abuse problems emerged while he was still in school. He was in and out of rehab facilities from an early age. Nevertheless, in 1998, the 21-year-old inherited $25 million from one of 14 trusts under which he was a named beneficiary. Subsequent events demonstrate that for someone like Mellon, having that kind of money can be a curse, not a blessing.

Mellon met his first wife at a Narcotics Anonymous meeting in London. They had one daughter. In 2015, Mellon married again and had two more children. The drug problems were ever-present. In a 2016 interview with the New York Post, Mellon said that at one point his oxycontin habit was costing him $100,000 every month. And he could afford it. He was living in luxury at a swank New York hotel and he was rich – and in fact, about to become even richer as a result of his timely investment in cryptocurrency. Thanks to that investment, Mellon went from being a mere multi-millionaire to being a bitcoin billionaire.

In April 2018, with his second marriage failed, Mellon headed to a rehab facility in Mexico. Upon arrival in Mexico, he did not go directly to the facility. Instead, he checked into a hotel, and was later found dead in his hotel room. His death was attributed to ingestion of ayahuasca, a hallucinogenic.

Mellon’s estate is now in probate. According to reports, the estate consists almost entirely of cryptocurrency, whose value is rapidly declining. Estate administrators are eager to sell off the assets before they decline further. Given all the circumstances, I suspect we will hear much more as the probate process goes on. Mellon left behind a fortune, albeit a greatly reduced one, and three children from two wives. If the way he planned for death in any way resembles the way he lived, the family may have a legal mess on its hands.

If you have a loved one like Matthew Mellon, even if you don’t have a lot of money, it’s critical to get your estate planning right to protect your peace of mind, protect your family, and protect your loved one from himself/herself. The Karp Law Firm’s attorneys have helped many families facing this dilemma. Contact us for advice by phoning 561-625-1100 or emailing us here.