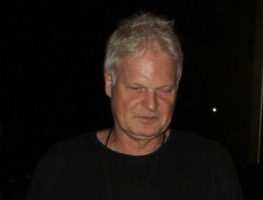 Movie financier Steve Bing died June 22, 2020 when he threw himself off the 27th floor balcony of his Los Angeles apartment building. He was 55. Bing’s life was one of wealth and celebrity, vastly different from the lives most of us lead. Nonetheless, his story is replete with do’s and don’ts for all of us with regard to family, finances, and estate planning.

Bing and his sister Mary were raised in Los Angeles by philanthropist Dr. Peter Bing and Helen Bing, a nurse. Steve’s enormous fortune did not come from his parents, however. It came from his grandfather, Manhattan real estate magnate Leo S. Bing.

As our clients know, financial responsibility does not automatically accompany the age of legal majority. Recognizing this, many clients choose to leave money in trust for children rather than leave it outright, parceling out funds as their children attain certain ages or achieve certain milestones in life. Leo Bing did not follow that game plan, however: At age 18 and while a student at Stanford University, Steve inherited a lump sum of $600 million from his grandfather. After receiving his inheritance, Steve dropped out of college to pursue a career in film production – along with a life of excessive spending and heavy partying.

Bing had sporadic success in Hollywood. One success was The Polar Express starring Tom Hanks, which he helped finance. But he had more than his fair share of losing projects, including the 2002 Night at the Golden Eagle, which cost $1 million to produce and earned just $18,000 at the box office.

Bing spent money with abandon on himself, his friends and on causes he cared about. Hollywood producer Brian Grazer described him this way: “If you were his friend and he liked you, he immediately wanted to pay for things and get things done. He was that guy — an extreme enthusiast. We’re going to Hawaii! Let’s have laughs! Let’s have fun! Insane. Wildly generous.” Another friend commented that Bing frittered away money “as if there are no consequences to losing it.” When Bing’s idol, aging rocker Jerry Lee Lewis fell on hard times, Bing supported him financially, even providing him with a Rolls Royce. Estranged from his own family, Bing came to consider Lewis a substitute father figure.

Bing bought two multi-million properties in Los Angeles, although he spent most of his time living in hotels. His last residence was a posh apartment building where rents are as high as $65,000 per month. He owned a 737 airplane and loved gambling, flying his friends to Las Vegas to gamble… all at his expense.

Bing’s wallet was also wide open for charity, and he was especially supportive of progressive causes. He was the second-largest contributor to the William J. Clinton Foundation, according to a report released in 2018. He gave to film industry unions, the National Resources Defense Council, projects to build schools in Haiti, and organizations assisting veterans and the homeless. When his friends’ children ran into drug issues, he paid for their rehab programs.

Bing himself was in and out of drug rehab programs, addicted to alcohol and meth. He was reportedly bipolar, and under the care of a therapist. As he ran through his money in recent years and his financial problems piled up, his friends observed him becoming increasingly depressed. Some friends report he was also grieving and feeling guilty over the death of his late girlfriend Allexanne, who died from an accidental drug overdose following an argument. This year, isolated because of the coronavirus lockdowns, Bing complained of acute loneliness. One friend recalls that during the lockdown he drove to Arizona where social distancing regulations were more lax, just so he could sit in a restaurant with other people.

In June 2020 it all came to an end when he threw himself off the balcony. His estate, excluding his properties, is estimated to have dwindled from the $600 million in his original inheritance to just $337,000 in liquid assets. He owed American Express $100,000.

A complicated family situation demands the most rigorous planning

In our estate planning practice, we hear about many complicated family situations requiring the greatest estate planning rigor. But Bing’s relationships – with both the generation before and after him – were, well, uniquely complex. For one thing, his parents did not approve of his lifestyle. He had been estranged from them, as well as from his sister Mary, for many years.

There were out-of-wedlock children. Bing never married. He was linked over the years with a long list of Hollywood beauties and Playboy playmates. In 2001 he learned his once-girlfriend, actress Elizabeth Hurley, was pregnant. He demanded a paternity test, which confirmed that he was the father. Meanwhile, with Hurley 3 months pregnant, he signed a will disinheriting the child (later named Damian). His will states: I have recently been informed by an individual that she is pregnant with my child, and I hereby declare that whether or not such child is mine, it is my intention not to provide in this Will for such child (or any other child as to which I may be the father) in this Will or for the offspring of any such child or children, whether now living or hereafter born. Yet, despite the will, Bing apparently provided financially for Damian throughout his life. In fact, he and Damian were making plans to meet for the very first time just prior to Bing’s suicide.

In 2002 Bing learned through DNA testing that he had also fathered a daughter, Kira Kerkorian, then age 4, with tennis pro Lisa Bonder. Bing and Kira began to develop a relationship prior to his death. Bing left both of his children “suicide letters” prior to jumping to his death.

Language in your documents must be precise: mistakes can have unintended consequences

In 1980, Steve’s father, Dr. Peter Bing, established an irrevocable trust for his yet-to-be-born grandchildren. Neither Steve Bing nor his sister Mary had their own children when their father created the trust. Thus, the document referenced beneficiaries not by name, but as “first born grandchild,” “second born grandchild,” and so on. With time, it would become clear that this wording created consequences Dr. Bing never intended.

In 2019, Kira demanded information on the trust, claiming that she had a beneficial interest. Dr. Bing wished to exclude Steve’s children as beneficiaries, and so the trustee went to court to argue that the term ‘grandchild” did not by definition include children born out of wedlock.  Dr. Bing wrote in an affidavit: “To the best of my knowledge, Stephen has never met Damian, and Stephen only met Kira after she became an adult…I do not consider them my grandchildren.”  Steve entered the legal battle, too: Despite his having cut out his children from his own will, he fought to have them share in the family fortune. He alleged that his sister Mary, who had two children from her marriage at this point, was pursuing a “massive money grab.” His attorneys stated: “Steve Bing will not stand idly by as his family exploits those circumstances and tries to redirect funds from Steve Bing’s children to [his sister] Mary Bing’s children.”

The Los Angeles Superior Court sided with Kira and Steve. There is no ambiguity in the term grandchild, wrote Judge Daviel Suarez. Both Kira and her half-brother Damian are now entitled to several millions from the family trust when Dr. Peter Bing passes away, although he has said he intends to appeal.

Steve Bing’s own estate plan seems to be just as complicated and unruly as his life. There is still much to be sorted out, but here is what we know so far. In addition to his will disinheriting his children, Bing left behind a trust with just one beneficiary: The Clinton Foundation. The assets in that trust are still unknown. There may also be another trust, set up in 1966, of which he is beneficiary. Although he is said to have died with just $337,000 in liquid assets, that number does not include the value of the property he owned. Also, at the time of his death, Bing was being sued for $7 million in a breach of contract lawsuit.

The executor of Bing’s will is no longer in the picture, but his parents have chosen not to be involved in their son’s estate administration. His daughter Kira has stepped in, having secured court approval to serve as special administrator of her father’s will. According to Kira’s mother, she is doing this only because there is no one else to do it, not for financial gain. She has said, “There was nobody to wind up his estate, no one to bring in the house receivables and to pay out whatever remaining debts he had. She’s not getting paid. This is no benefit to her. She has been disinherited from his estate. She doesn’t make a dime.”

The Do’s and Don’t’s

Granted, Steve Bing lived an outsized, unique life. And his estate is, to say the least, vastly more complicated than that of the average person. Nonetheless there are lessons to be learned from his example.

First, remember that leaving money to someone with a substance abuse problem, troubled relationships or other chronic problems can be more of a curse than a blessing. It can de-incentivize such an individual from being productive, staying in school, staying sober.

Second, deciding who to leave what should always be considered in the context of family relationships. People tend to think of estate planning in purely financial and tax planning terms, and of course that is important. But your estate plan – gifts during your life as well as money you leave when you pass away – can also affect the relationships of the people you most care about.

For many people, these are very difficult issues to work through. It is always wise to rely on an experienced estate planning attorney. You should discuss not just your finances, but your family and your goals for your legacy. And remember, a “fill in the blank” form cannot provide you with that kind of in-depth guidance. For assistance with your estate planning needs, call the Karp Law Firm lawyers at (561) 625-1100.