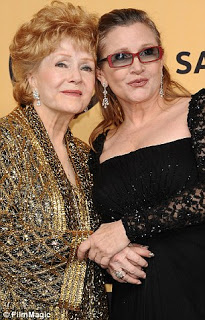 Carrie Fisher, daughter of late actress Debbie Reynolds and crooner Eddie Fisher, died from a heart attack on December 27 at age 60. When her mother died the following day, many were not surprised: Fisher and Reynolds had an exceptionally close, albeit conflicted, relationship.

Fisher shot to stardom as Princess Leia in the original Star Wars film, going on to continued success as an actress and writer. She amassed considerable wealth along the way, and leaves an estate estimated at $25 million to her only child, daughter Billie Lourd, 25.

Fisher’s estate plan includes a living trust naming Lourd as sole beneficiary. However, not all of Fisher’s assets were in the trust at the time of her death. The current trustee, attorney Dennis King, said Fisher was under the impression that her prior attorney, now deceased, had taken care of all the funding. Apparently, he did not. On February 28 King petitioned the court to have Fisher’s non-trust assets placed in the trust. He later withdrew the request and last week, he filed Fisher’s will with the Los Angeles Superior Court to begin probate of the non-trust assets.

The non-trust assets will also pass to Lourd. Those assets are said to be worth about  $7 million and include jewelry; a life insurance policy with Transamerica Occidental; a 2016 Tesla S car that currently sells for around $100,000; bank accounts; ownership in Carrie Fisher Properties and Carrie Fisher Online, both limited liability corporations; and all the proceeds from her mother’s books, trademarks, copyrights, etc. Lourd will also get the proceeds from the sale of the house Fisher shared with Reynolds, now on the market and said to be worth about $18 million.

TMZ reports that Fisher also owned a large amount of Star Wars memorabilia. Much of it, along with some other personal items, will be auctioned in September 2017. Proceeds will go to Debbie Reynolds’ pet charities: The Jed Foundation and The Thalians. Both organizations provide support to those with mental illness.

Unlike a trust, a will must be filed with the Probate Court, and is public record.