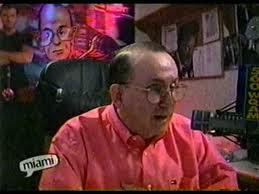 South Florida radio personality Neil Rogers died Dec. 24 at the age of 68. You either loved him or hated him. He had no close family, but left behind legions of bereaved fans. And he left behind something else: Two contradictory Wills. The battle over his estate has landed in Broward Probate Court.

Rogers had been living in Canada and signed a Will there in October 2010 when he became ill. That will left everything to his companion Christian Hernandez. After suffering a stroke Rogers returned to Florida, where he signed a new Will in November. The new Will divided his estate in thirds among Hernandez and two other longtime friends and declared the Canadian Will “null and void.”

Now, Hernandez is contesting the later Will, claiming Rogers was too ill to know what he was doing at the time.