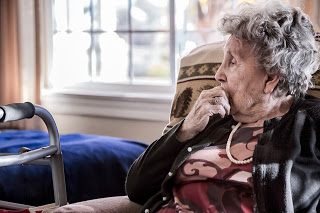 A new rule barring long-term care facilities from including pre-dispute forced arbitration clauses in their admissions contracts will not go into effect on November 28, as originally anticipated. (Discussed the rule in an earlier post. )

In response to a suit filed by the American Health Care Association, an industry group, a federal district court in Mississippi has granted a temporary injunction preventing enforcement of the new rule, based on the argument that the Centers for Medicare and Medicaid Services overstepped its legal authority. You can read the judge’s injunction here. The issue now undergoes further consideration by the court.

upporters of the rule have criticized the judge’s ruling. George Slover, senior policy analyst for Consumers Union, stated “Congress could not possibly have intended for the Federal Arbitration Act to override every other law and leave consumers locked out of the courthouse without legal protection… and the unfairness of that is brutally clear when you consider nursing home residents who are so dependent on their caretakers, and so vulnerable to neglect and abuse.”

As we wait for this issue to get sorted out in the courts. Good advice remains the same: Examine the admissions contract carefully and if you spot pre-dispute arbitration language, just cross it out and don’t sign that section.