Can someone with dementia sue for divorce? Palm Beach County Court says no 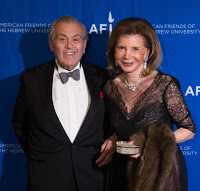 Estate planning is as much about planning for life’s curve balls as it is about what happens when you are gone. A recent Florida case demonstrates how failing to anticipate those curve balls can plunge a family into chaos.The key question in this case came down to whether a person with dementia can sue for divorce.

Palm Beach resident Martin Zelman, a wealthy real estate investor with three adult children from a prior marriage, married his second wife, Lois, in 2000. Under the terms of the couple’s prenuptial agreement, if they were married when he died, Lois would get $10 million in cash and property, be allowed to continue residing in their New York and Palm Beach homes, retain their club memberships, and keep their cars and artwork. But if they were divorced, Lois was to receive nothing from his estate – provided that Martin was the one who initiated the divorce proceeding.

Here’s the catch, though: The prenup made no mention of what would happen if either became cognitively impaired.

And that’s just what happened to Martin. As his dementia worsened, his son, Robert, petitioned the Palm Beach County Probate Court for guardianship, claiming that his stepmother was not giving his father the necessary care and was agitating him. Many of the couple’s friends, and even their rabbi, contested Robert’s observations, testified that the Zelmans appeared to be a loving couple. Yet testimony from caregivers seemed to support the notion that Lois was indeed abusing Martin. Ultimately the court sided with Robert, appointing the children as Martin’s guardians and ordering Lois to vacate the couple’s Palm Beach condo.

Martin loses the right to sue, gets it back, loses it again

As a ward, Martin lost many rights, including the right to sue and be sued. This is a crucial point, because in order for the children to get $10 million more from Martin’s estimated $50 million estate rather than have it go to Lois, Martin had to be divorced from Lois prior to his death. As you will recall, the prenup stated it was necessary for Martin himself, not the guardian, to sue for divorce. Robert now petitioned the court to restore his father’s right to sue and be sued. The petition was successful, and Martin now could sue for divorce.

Now the divorce saga began. As Zelman v. Zelman worked its way through the court system, Zelman’s children and their stepmother accused one other of being more interested in Martin’s money than his welfare. The children contended that their father had told them he was miserable with Lois. They claimed they didn’t even know about the terms of their father’s prenup when they first petitioned the court for guardianship. “It was never about the money,” Robert said. For Lois’ part, she claimed she still loved her husband of fifteen years, and accused his children of trying to push her out of the picture out of pure greed. “What makes it so sad is they broke up a love affair,” she said.

In the end, it all boiled down to this question: Can someone with dementia sue for divorce? That’s the question the court had to answer. In November 2015, Judge Charles Burton decided the answer is no. Burton found Martin to be incompetent, unable to understand what he was seeking, and therefore, not legally entitled to file for divorce. With that issue resolved, a settlement was hammered out by the lawyers for each side. It awarded Lois $9.75 million of her husband’s assets, with the children continuing to serve as his guardians.

As one of the lawyers on the case said, it must have been a fair settlement – because no one was completely happy with it.

While the Zelman case is unusual, our longer life spans, greater risk of experiencing diminished mental capacity, and more and more instances of blended families all mean we are likely to see more cases of families being plunged into this kind of legal minefield, particularly when significant money is involved. In other words, those curve balls are no longer quite so unusual. We must adjust by carefully planning for all the curve balls life can throw at us.