Burt Reynolds Kept His Estate Planning Private With a Trust 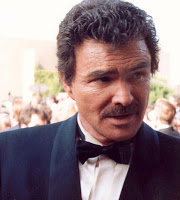 Actor Burt Reynolds was raised in Riviera Beach, Florida, the son of a police chief. After an injury sidelined him from playing football at Florida State, he pursued acting. His career took off in the 1970s and he went on to star in over 200 movies, winning an Oscar for “Boogie Nights.” When Cosmopolitan editor Helen Gurley Brown asked the charismatic hunk to pose nude for the magazine’s centerfold, he agreed immediately. For that iconic 1972 photo, he put it all out there – well, almost – lounging on a bearskin rug.  He wasn’t shy!

He died on September 6 following cardiac arrest at his Jupiter home. His will, signed in 2011, was filed in Florida probate court. It indicates all the actor’s assets are in a trust for the benefit of his son Quinton, age 30. Unlike a will, a trust is a private document, which is among the many reasons for its popularity as an estate planning tool. The will states: “I intentionally omit him from this, my Last Will and Testament, as I have provided for him during my lifetime in my Declaration of Trust.”

The 82-year-old actor’s net worth is rumored to be around $5 million, which doesn’t sound like a great deal for someone whose celebrity spanned so many decades. Reynolds had a very public history of money woes. His investment in a restaurant chain put him millions of dollars in debt. At one point he bought a private helicopter and jet and had two pilots on standby at all times. He declared bankruptcy at least once. In a 2015 Vanity Fair interview, he said:  I’ve done well in terms of owning property and things like that. But I haven’t been somebody who’s been smart about his money.”