Beyond the Power of Attorney: Protect yourself from yourself with a pre-need guardian 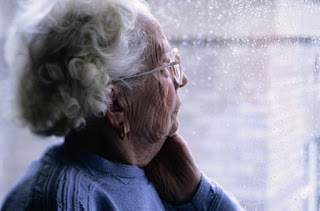 “Gloria” came to my office, convinced her 82-year-old mother was “losing it” after visiting her the previous week. Her mother had always been a fastidious homemaker, but now dirty dishes were piled up and enough trash was on the floor to constitute a fire hazard. Unpaid utility bills were stuffed in a drawer. There was little food in the refrigerator and cupboards, and her mother had lost a dramatic amount of weight. Another red flag: Gloria’s mother was gushing praise for her new friend, a neighbor who was now keeping her company a few nights a week, and who had also offered to handle her mother’s checkbook and take care of the bills.

The limitations on your agent under your Durable Power of Attorney

As her mother’s agent under her Durable Power of Attorney and her health care surrogate, Gloria tried to talk with her mother about the situation, but could make no headway. Her mother insisted she was fine. She was particularly incensed by Gloria’s suspicions about the new friend, accusing her of jealousy and noting that the new friend visited more often than Gloria did. When Gloria offered to go to the bank to straighten out her mother’s account and pay the bills, her mother said she was going to do it herself soon and didn’t need help. She rejected Gloria’s suggestion that she see a physician about the weight loss.

Gloria, distraught, asked me what she should do. Clearly she could not force her mother into a car and into a physician’s office, nor tear the house apart looking for the checkbook. I informed her that as her mother’s attorney-in-fact and health care decision-maker, she was only authorized to act on her mother’s behalf – but she could not overrule her mother’s powers. So long as her mother was deemed competent, she could make her own decisions. I advised Gloria to contact others who might be able to get through to her mother – perhaps a clergy person, a longtime friend, a relative. If that approach did not work, Gloria’s only option was to commence a guardianship proceeding over her mother. If the court determined that her mother was not competent to manage her own affairs, it would appoint a guardian for her. That could be Gloria, but not necessarily.

The role of the Pre-Need Guardian

This story has implications for your own planning. You probably cannot envision behaving like Gloria’s mother. But it does happen. There are are no guarantees on anyone’s cognitive health, and as our lifespans increase, so do our chances of become mentally incapacitated. In anticipation of a situation like Gloria’s mother’s, many of my clients choose to name a pre-need guardian, in addition to executing a Durable Power of Attorney and Health Care Surrogate.  A pre-need guardian is the person you would like to serve as your guardian in the event that, like Gloria’s mother, the courts decide that you are not competent to manage your own affairs. The courts are not bound to name the person you’ve requested, but generally do so unless there are circumstances that make your choice unsuitable. By naming a pre-need guardian, you give yourself at least a modicum of control over your own fate.

In order to protect themselves, their loved ones and their assets, some clients – often those with a family history of cognitive impairment – take steps even beyond naming a pre-need guardian. They amend their trusts, resign as trustee, and appoint one or more of their children as trustee(s), irrevocably.  Usually the client retains control over an operational checking account, and sometimes a money market as well. With these arrangements in place, my clients are confident that if they ever become impaired and disposed to making poor financial decisions or vulnerable to financial predators, the bulk of their assets are protected and their families are spared unnecessary grief.

It is tempting to equate these plans with giving up control of your life. But in reality, the reverse is true: They are a way to ensure that your family’s well-being and your assets are protected if you can no longer protect them yourself.