Beneficiary Designations: So Much Can Go So Wrong If They’re Not Right 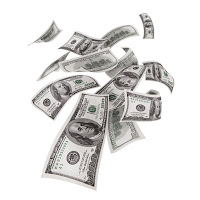 I was contacted some months ago by  “Patricia.” She had read my Palm Beach Post article about 401K beneficiaries and it immediately reminded her of a situation that had occurred in her own family.  She suggested my readers would benefit from hearing her story, and I agreed. Here it is:

Patricia’s brother “Al” was married and lived in Florida. The couple’s only child, “Jennifer,” was an infant when Al and his wife divorced. Just months after the divorce, Al’s ex-wife remarried. She took Jennifer and moved to Oregon with her new husband. Al remained in Florida. With the distance, the cost of travel and the heavy demands of Al’s job, he and his daughter had virtually no contact as she grew up. (This all unfolded before the era of telecommunications; there was no internet , no Skype, no smart phones, etc.)

When Jennifer was 10, Al’s ex-wife called him to say her husband wanted to adopt Jennifer, and Jennifer wanted that, too. Would Al consider giving up his parental rights? Al’s immediate response was no. But after some soul-searching, he concluded that for all intents and purposes, Jennifer considered her stepfather to be her real father. Believing he was making the unselfish choice, Al reluctantly agreed to give up his parental rights. Jennifer was adopted by her stepfather.

Al never remarried. He died several years ago without a will (intestate), leaving behind just one asset: a 401k worth about $600,000. It had no beneficiary designation. Jennifer was in her early 40s at the time of his death.

Under Florida intestacy law, it therefore was Al’s sister Patricia – then Al’s only living relative – who should have inherited the 401k. Jennifer was not Al’s rightful legal heir. But because of the miscommunication between the personal representative and the plan administrator, the 401k funds were released to Jennifer.

Patricia called Jennifer to talk over the situation. Jennifer would not consider giving Patricia any of the money, saying it was “obvious” that her biological father wanted her to have it. Patricia subsequently contacted an estate litigation attorney to pursue the matter, but abandoned the effort after learning that her case was by no means a sure thing, and that the legal fees would be very steep.

Of course, it is altogether possible that Al wanted his biological child to get his 401k. On the other hand, he never took any action to make that happen, so no one will ever know what he truly had in mind.

Notwithstanding the unusual nature of this family’s experience, it underscores the importance of getting your beneficiary designations right, and keeping them updated as the years go by. This is why our lawyers request that our estate planning clients inform us about all their assets and beneficiary designations in detail. It’s not that we’re nosy. We are on your side and want to make sure your hard-earned assets end up with whom you want!