Be Your Own Superhero: Protect Yourself From Financial Predators With a Predator Protection Trust 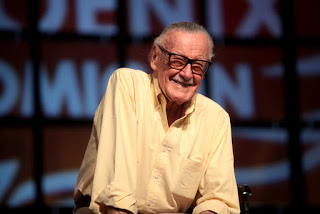 Spider Man. Ant Man. The Fantastic Four. The Hulk. These comic book superheroes sprang from Stan Lee’s imagination and made their creator a wealthy man. But at 95, the Marvel mogul’s own powers appear diminished, potentially putting him and his estimated $50-$70 million fortune in jeopardy.

No superhero is swooping in to save Lee – but there is Tom Lallas, Lee’s former estate planning attorney. Lallas recently filed a petition with a Los Angeles court alleging that Lee is being abused by his business partner, Keay Morgan. Lee reportedly has hearing, visual and possibly cognitive impairments. The court issued a temporary restraining order against Morgan on June 13 and appointed Lallas as Lee’s legal guardian, pending further investigation.

Morgan deals in artifacts related to cultural figures, particularly Marilyn Monroe and Michael Jackson. He met Lee years ago through Lee’s daughter and only child, J.C. Both Lee and his wife Joanie have had a combative relationship with their daughter, with disputes often revolving around money (more on that later). When Joanie passed away in July 2017, Morgan stepped in as Lee’s caregiver. According to the court filing, Morgan began isolating Lee.  He fired Lallas and other longtime staff members, including the housekeeper and  gardener. He replaced Lee’s accountant with his own friend. He changed Lee’s phone number and refused to allow family and friends to visit. He also moved Lee out of his longtime family home and into a condo.

The Los Angeles police are currently investigating the matter. It is far from clear-cut; Lee himself has defended Morgan’s behavior. On one Twitter post he wrote: “I just want to go on the record and say I have only one partner, only one person who does represent me, and that’s Keay Morgan. Anybody else who claims to be my rep is just making that story up.” Whether that post was actually written by Lee is not known.

Daughter J.C. is now 67. According to an  April 10, 2018 story in The Hollywood Reporter, she has never been self-supporting and relies on funds from the trust her parents established for her. A prodigious spender who reportedly blows through $20,000 to $40,000 every month, she nonetheless resents the trust’s financial restrictions and has been known to take out her frustration on her parents. The family housekeeper recalled that J.C. would phone her father several times a day to berate him about money, leaving Lee hoarse and agitated from fighting with her. At one point he allegedly said he would cut her off completely. Another individual familiar with the family relates that in 2014, J.C. became infuriated when she learned that a new Jaguar parked in her parents’ driveway was a leased vehicle in her father’s name, and not a gift for her. She physically attacked her mother and father. The Lees did not press charges out of concern about negative publicity and the impact on their daughter.

A Predator Protection Trust Can Help

Regular readers of this blog will recognize that this situation is not an outlier. Elder financial abuse is becoming increasingly common as Baby Boomers age. Numerous initiatives continue to be taken at both the state and federal levels to protect seniors and to encourage reporting of potential abuse. One recent step in that direction is the federal Senior Safe Act, which you can read about here.

You can also take your own proactive steps to protect yourself and your assets from financial predation. We often recommend establishing a Predator Protection Trust for clients who are concerned that as they grow older, their adult children or others may try to take advantage of them financially. It is an unfortunate fact of life that it is family members – the ones we should be able to trust the most – from whom we most need protection.

How The Predator Protection Trust Works

A Predator Protection Trust is an irrevocable trust in which you specify how the trustee may expend funds on your behalf. This gives you, the grantor of the trust, the ability to establish a trust for your benefit and anyone else you desire, and put someone else in charge. Then, when demands are placed on you for money – usually from a “loved one” – you can respond that you cannot meet those demands because you have no authority to give money away.

You may appoint one or more trustees.  Some clients select a financial institution, or their accountant or lawyer as co-trustee along with a family member.

Here’s a case I had that illustrates the value of this kind of trust. My client complained about a conniving granddaughter who was constantly bullying her and demanding money. She had given in to the badgering many times. My client was exhausted from the battle, and was increasingly worried about her own financial welfare. We solved my client’s problem by setting up a Predator Protection Trust for her. I then followed up by sending a letter to the client’s granddaughter, and to all her grandchildren and children, indicating that the client no longer had control of any of her assets under her new irrevocable trust and therefore would no longer be able to gift any assets to them. I explained that although my client presently had full competency and capacity, she recognized that she could lose capacity in her declining years and become vulnerable to financial manipulation. The Predator Protection Trust provided my client with peace of mind because she now knew her assets were kept safe for her use, and that her loved ones’ inheritances were also secure.

Contact our office at 561-625-1100 to discuss establishing a Predator Protection Trust.