Actress Ann Heche Had No Will: Impact On Her Children 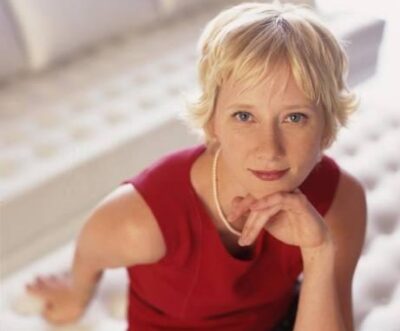 The lives of celebrities are always under a microscope. So are their deaths. The latest celebrity to receive such attention is Ann Heche. The 53-year-old actress was in a fiery car crash in Los Angeles on August 5. She was taken off life support just days later.

Heche left behind two children: Homer Laffoon, 20, the result of a prior marriage; and Atlas Tupper, just 13, the product of her relationship with James Tupper. What Heche did not leave behind was an estate plan. No will. No trust. By dying intestate, Heche has effectively left all the decisions about her children’s inheritance to the State of California. The lack of written directions is already creating unnecessary complications, conflicts and uncertainties for them.

Who Will Administer the Estate?

Heche’s older son, Homer, has petitioned the court to name him administrator of his mother’s estate. He has also requested that the court appoint a guardian ad litem to look after the interests of his half-brother, still a minor, during the probate process.

Administering an estate is a formidable job for a person of any age, let alone a 20-year-old overseeing a complicated estate. Homer will need to identify and value his mother’s assets, notify and pay creditors, file tax returns, and make distributions once all creditors are satisfied. Other issues he will also have to deal with if named the personal representative: the book deal his mother was involved in making, and potential claims on her estate arising from the car crash.

If he is appointed, Homer will surely need help from professionals. He will have to figure out which professionals to use and who can be trusted. Life would be far easier for the young man if his mother had created a will or a trust, appointing an executor or trustee to do this difficult job.

Although Homer meets the technical requirements to serve as estate administrator, Atlas’ father, James Tupper, thinks Homer is not up to the job. In a filing with the court on September 15, he writes that the job should go to someone with “experience and sophistication.” He notes Homer has dropped out of college and is not working to support himself, and that is why he and his mother were estranged at the time of her death.

Tupper also claims that Homer “will not act in his brother’s best interest.” According to the filing, Homer changed the locks on the apartment his mother and Atlas shared and removed her valuables and paperwork, without court authorization. He rejected his brother’s request to retrieve his computer and other personal items from the home, and failed to respond to Atlas’s calls. He never showed up for a scheduled grief counseling session he and his brother were to attend.

An Email Is Not  A Will

Tupper also provided the court with an email Heche sent him in 2011. It says: “My wishes are that all my assets go to the control of Mr. James Tupper to be used to raise my children and then given to the children.” She goes on to say that each child should receive his inheritance at age 25; when the youngest turns 25, all her real estate should be sold and the proceeds divided between the two. She concludes: “May this go into my records as my word until further papers are drawn up.”

No further papers were drawn up, and an 11-year-old email is not a valid will. How it will impact the court’s decisions remains to be seen.

The disposition of Heche’s estate will be hashed out in probate court. Because probate is public record, the details of her finances and family situation will continue to be available for the public to scrutinize, with all the negative impact that could have on her children.  There will be legal and administrative fees that could have been avoided had she established a trust for the children. And it will take months, more likely years, for everything to be worked out until the children get their money.

Will The Children Manage Their Inheritance Wisely?

Under intestacy law, Atlas will receive his inheritance when he turns 18. Until then, a court-appointed guardian must manage his money. Homer is already legally entitled to his inheritance.  Heche’s estate will need a forensic accounting to determine its value, but it’s more than likely the children will receive a substantial amount. Without a trust to direct how much each child gets and when, both sons will get their inheritance in a lump sum.  Whether they have the financial savvy to prudently manage the money at their tender ages remains to be seen.

At 53, Heche probably counted on being around for a long time. But as we know, nothing is guaranteed. When you have minor children, protecting them requires more than assuming all will go well. It requires sound planning for the unexpected. Call our office at 561-625-1100 to schedule a consultation about your own estate plan.