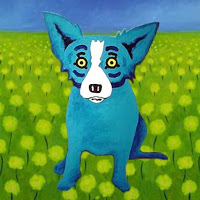 You may not know the name George Rodrigue, but you probably know his art. Rodrigue was the New Orleans-based creator of the 1984 “blue dog” painting that has become a pop culture icon. Blue dog has appeared in one form or another in prints and advertising worldwide.

In 2013, the 69-year-old Rodrigue died from cancer. He was married at the time to his second wife, Wendy Wolfe, a former salesperson at his famous French Quarter gallery. Rodrigue also left behind two grown sons from a prior marriage, Jacques and Andre.  As is often the case when stepparents and stepchildren are in the picture – along with a substantial sum of money – the circumstances following the artist’s death were fertile ground for an estate battle. Sure enough, war broke out.

Rodrigue left behind a trust that held most of his artwork and intellectual property rights. After his death, Jacques and Andre continued actively managing their late father’s French Quarter art gallery and other business interests.  Wendy relocated to Santa Fe and remarried.

Wendy returned to New Orleans in 2016. According to a lawsuit Jacques and Andre filed against their stepmother in July 2019, upon her return their stepmother re-insinuated herself into their father’s art business. They claim she breached her fiduciary duties, including overpaying herself and her new husband. Their lawsuit requests that she be removed from any trust management duties. The brothers say it is obvious that their father wanted them, not his widow, to manage his legacy.

But for Wendy, that’s not an obvious conclusion. In October 2019 she counter-sued her stepsons. The 74-page document filed in Orleans Parish Civil District Court alleges that Jacques funneled profits from the sale of his father’s art into his own pocket, not into the trust her late husband established for her. She wants Jacques removed as beneficiary of the trust. She claims too that when she was deep in mourning, Jacques and his wife took valuable artwork from her marital home. These valuable pieces include an orginal Rodrigue, “Three Indians,” and two Warhol works. She is demanding their return.

She says: “George and I were partners in life, art and business for almost two decades before his untimely death in 2013… I have continued to live out our shared vision and carry on George’s legacy. Unfortunately, Jacques Rodrigue has led a charge to destroy this vision and engaged in serious misconduct since his father’s death, which I have detailed in the legal claim.”

Jacques has stated that his stepmother’s wish is to “dismantle our father’s wishes and to solely control George Rodrigue’s legacy from Santa Fe. We are confident that the truth and evidence support our rightful stewardship of our father’s legacy just as he wanted…our actions are focused on keeping the French Quarter gallery open and ensuring our father’s art is seen and appreciated for generations to come.”

For now, the competing heirs to Rodrigue’s blue dog legacy can only sit, stay…and keep their eye on the lawsuits.

If you have a spouse and children from prior marriages, remember that your family circumstances can create special estate planning challenges. Rely on an experienced professional to craft your estate plan. As the Rodrigue case and so many other cases demonstrate, your plan may one day face tough scrutiny. The time to prepare is now.