With Comedian Tim Conway Incapacitated, A Familiar Family Drama Unfolds – Make Sure It Doesn’t Happen to You 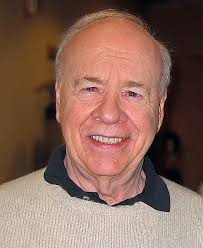 On November 2 a Los Angeles judge is scheduled to decide who will serve as guardian for Tim Conway: His wife of 33 years, Charlene, or his daughter from his first marriage, Kelly Fusco. The case has been postponed until then while Conway recovers from a September operation to alleviate water on the brain.

We of a “certain age” will remember Conway’s hilarious performances on the long-running Carol Burnett Show. Unfortunately, at 84, Conway is no longer up to his old antics. He is suffering from severe dementia and according to reports, is now nonverbal.

Kelly has alleged that Charlene is not providing appropriate care for her father, and is concerned that Charlene will move him into a substandard facility, and out of the skilled nursing facility he resided in up until his surgery. That facility provides registered nurses around the clock as well as speech therapy for Conway’s swallowing difficulties. Conway also has a personal 24-hour caregiver. According to reports, the cost was $24,000 per month.

“The reason I am trying to get conservatorship,” Kelly has said, “is to make sure that my dad can live his life to the fullest… The person making decisions for his care must be competent. There are others around him that have only their best interest at heart and not my dad’s. That’s why I want to be the one in charge of his care.”

Charlene has denied Kelly’s allegations and says she does not intend to move her husband to a different facility. She also claims her husband signed a durable power of attorney and health care documents giving her sole authority as his decision maker. While the case is pending, Kelly has been blocked from seeing her father. She is one of six children from Conway’s first marriage.

Longtime readers of this blog know that in cases of second marriages, legal struggles of this nature are not uncommon. When it unfolds in a celebrity’s family, it makes headlines. In recent years I have written about similar conflicts in the family of musician Glen Campbell, radio personality Casey Kasem, comic book titan Stan Lee, entertainment mogul Sumner Redstone, and actor Peter Falk.

Planning for incapacity is important for everyone, but as headlines of this nature always demonstrate, even more so when a second marriage is part of the family dynamic. Good estate planning is not just about what happens after your death – it’s about protecting yourself and your family during your lifetime, too. Make sure you consult an experienced estate planning attorney to minimize the chances of this unfortunate situation occurring in your family.