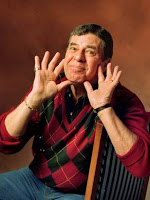 Jerry Lewis died of heart failure in August at age 91. Over the years the comedian, actor and director gave generous amounts of time and money to “Jerry’s Kids,” children coping with muscular dystrophy. Lewis’ generosity did not extend to the children from his first marriage, however: He cut them out of his estate. His 2012 will, now public record, states: “I have intentionally excluded Gary Lewis, Ronald Lewis, Anthony Joseph Lewis, Christopher Joseph Lewis, Scott Anthony Lewis, and Joseph Christopher Lewis and their descendants as beneficiaries of my estate, it being my intention that they shall receive no benefits hereunder.”

Joseph, the youngest, committed suicide in 2009. The surviving sons, all with his first wife, singer Patti Palmer, are now in their 50s.  Lewis married Palmer in 1944, a few years before his star rose meteorically as a result of his partnership with Dean Martin. The 36-year marriage to Palmer reportedly was not smooth; Lewis admitted he had often been unfaithful. And his relationship with his children was apparently not much better than it was with his spouse. When Joseph died, the sons reportedly blamed their father. Gary told the Daily Mail: “Jerry Lewis is a mean and evil person. He was never loving and caring toward me or my brothers.” Gary maintained that his brother had died, in part, of a broken heart, and that the tragedy might have been averted if his father had reached out to him.

Also disinherited: Suzan Minoret, born in 1952 and allegedly the product of an affair. Lewis never confirmed or denied fatherhood. Minoret is currently homeless and living in Philadelphia.

According to the will, Lewis’ current wife SanDee Pitnick, who he married in 1983, gets everything. Their adopted daughter, Danielle, is next in line. Danielle was Lewis’ manager, and his relationship with her was vastly different from the one he had with his sons. In an interview with Inside Edition, Lewis spoke of his pride in Danielle and his close bond with her. “I don’t have to do anything for her to love me. She loves me already,” he told the interviewer.

There are varying estimates of the value Lewis’ estate. The cash seems shockingly low, perhaps $2 million, including a house in Las Vegas. But there is also a Lewis Family Trust. It is a private document, but experts speculate it could own the movie rights to Lewis’ most famous films. That intellectual property could be highly lucrative for Pitnick and Danielle in the future.