Elder Abuse Not Always Easy To Spot: The Art Dealer And The Deli Owner 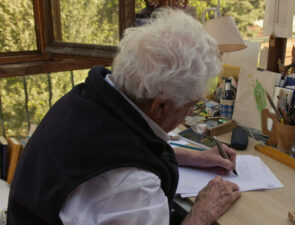 How can you protect yourself from exploitation and financial abuse if you become incapacitated?  These crimes can be hard to spot. After all, perpetrators go to great lengths to present themselves as helpers, not hustlers. Fortunately there are steps you can take to protect yourself, your loved ones and your assets.  The following story, reported in the October 17, 2020 New York Post, underscores the importance of making plans in advance that can shield you from predators.

Andre Zarre was a wealthy dealer of contemporary art. He owned several galleries in New York City, one in Belgium, and had planned to open another in Poland, his country of birth. Unmarried and without children, he traveled in the social circles of the rich and famous, and resided in a luxurious Park Avenue apartment. It is this rarefied lifestyle that makes the facts of Zarre’s later years so perplexing.

On July 15, 2020, following years of declining health, Zarre fell in his apartment and suffered a fatal heart attack. He was 78. Shortly thereafter his cousin in England, Arkadiusz Tomasik, got an out-of-the-blue call from New York. It was one Jose Yeje, a name Tomasik had never heard until then.  Yeje announced he was the sole beneficiary under Zarre’s will and would be inheriting Zarre’s millions. A shocked Tomasik said of his cousin: “For more than 30 years, he (Zarre) said that he would leave us everything. He never told us he had changed his will.”

Zarre’s will was signed just 9 days before he died.

Was Jose Yeje a helper or a hustler? It depends on who you talk to. The 50-year-old manager of a delicatessen in a working class section of New York and father of four, he and Zarre had met in 2016. Then in 2019, Zarre invested in the delicatessen and became his business partner. Several of Zarre’s friends found the investment inexplicable, and wondered if he was being exploited. One friend, artist Nick Wolfson, said: “I never understood why he would get involved in anything except art. He was vulnerable. He was really going blind and could barely put one foot in front of the other.” Yet other friends say Zarre sometimes expressed interest in investments outside the art world. For example, at one point he was considering purchasing a food truck that would serve Polish fare.

As Zarre’s health declined, he closed his galleries, and Yeje began to spend more and more time with him. In the end, Yeje effectively becoming his full-time caregiver. The staff at Zarre’s apartment building noted that Yeje would visit several times each week. They were suspicious of his motives. After Zarre died, one of the workers in the building said: “Zarre only knew the guy for the last eight months, if that. Nobody liked him here. … He just took over his life.”

Yeje maintains that his intentions were always benevolent. He says of Zarre: “He had bad knees, he couldn’t walk and he had heart problems, diabetes and gout. I washed him, I bought his groceries and fed him. He trusted me and I took care of him. He was almost on the verge of coming to live with me in my home. We talked about it a lot.”

A lawyer who regularly stopped for coffee at the deli reports that Yeje would order a car to pick up Zarre at his Manhattan home and bring him to the deli, where she often saw him. She responds to skeptics this way:  “All I can tell you is that Jose was the closest person in his life. I saw it myself.” In fact, it was Yeje who the building staff summoned when Zarre was rushed to the hospital after his fall. It was Yeje who signed the death certificate as “nephew.”  And it was Yeje who stepped in to care for Zarre’s beloved cat, Capuccino.

What About the Will?

The will refers to Yeje as Zarre’s “friend and caretaker.” Did Yeje subject Zarre to undue influence to change his will? Did he know what he was signing? Some of Zarre’s friends doubt he had the capacity to sign, noting he was legally blind and regularly needed help to understand and sign other types of documents. A lawyer and friend who had long encouraged Zarre to make a will doubts he understood what he was signing.  And his cousin, Tomasik, notes that Zarre’s brother, institutionalized in Poland, had been supported by Zarre for many years; he finds it unthinkable that Zarre would cut the brother out of his will.

Yeje has refused to comment, but on September 21 he sent Zarre’s cousin a notarized letter offering $45,000 and some land Zarre owned in Poland if the cousin did not contest the will. But no one will be surprised if the will is in fact contested. Chances are we have not heard the last of this story. There may also be more assets than are known at this point – for example, art in storage somewhere.

Was Yeje a helper, or hustler? Did he financially exploit Zarre? Pressure him to change his will? We do not have the answers to these questions. What we do know is that Zarre did not appear to have any legal strategy in place to protect himself from being victimized if he lost capacity. Fortunately, this need not happen to you. There are strategies you can rely on to ensure you are not taken advantage of as you age:

First, create a sound estate plan! Have it drafted by a competent attorney. You, no one else, should select the attorney to prepare it. Do not use an attorney recommended by your “friend” or one recommended by a substantial beneficiary. Make sure your lawyer  has  experience and knowledge – someone who has “seen it all” and can counsel you – not someone who will just fill in the blanks.

Once you select the lawyer, see him/her solo. You should not be accompanied by your “friend” or any substantial beneficiary. Make sure the lawyer knows why you have chosen your beneficiaries, especially if you have named beneficiaries who are out of the ordinary, or substantially different from those you named in a prior estate plan. Make sure the attorney takes notes. That way, in the event your estate plan is ever challenged, the lawyer can testify as to why you made those decisions, and can be “your voice” in the courtroom.

If you think your competence may be questioned, also consider going to a mental health professional for an examination, so he/she can attest to your competence to create and execute your estate plan.

Another possibility we recommend for some clients is a “Predator Protection Trust.” This is an irrevocable trust in which you specify how the trustee may expend funds on your behalf. You are the beneficiary, and you name who the contingent beneficiaries will be upon your death. Your trustee will handle the trust monies, not you. Since you do not have control, no one can successfully pressure you for money. We typically suggest that if you set up a Predator Protection Trust, you leave yourself an operating checking account. This gives you access to your money but still protects the bulk of your assets. Put your house in the trust, too.

Appoint someone trustworthy to manage your financial affairs under your Durable Power of Attorney. As a checks and balances feature, you could appoint co-agents. Be aware that there is no standard, statutory form for the power of attorney in Florida. Make sure your document is crafted by a capable elder law/estate planning attorney.

As life goes on, the reality is that many of us will be at increased risk of falling victim to unscrupulous people. To protect yourself from hustlers disguised as helpers, be proactive. Now is the time to put a plan in place.