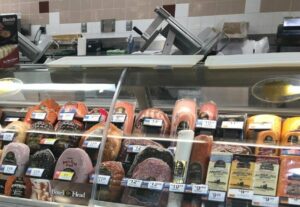 An estate conflict has erupted between the families who own Boar’s Head. Why the legal beef? It appears to stem from a deceased owner’s failure to put her last wishes in writing.

Boar’s Head Provisions Company was launched in 1905 by brothers-in-law Frank Brunckhorst and Bruno Bischoff, who sold meats from from a horse-drawn wagon in Brooklyn. From these humble roots, the enterprise grew into a company that today generates $1 billion in annual revenue. What has remained unchanged since 1905 is the ownership: The company is still privately owned by the Brunckhorst and Bischoff families.

Frank Brunckhorst’s daughter, Barbara Brunckhorst, passed away from brain cancer on November 18, 2020. As trustee of the Barbara Brunckhorst Foundation, with $350 million in assets, she gave away millions during her lifetime. Most grants were awarded to environmental organizations. Filings from 2018 show a grant of $1,160,000 to the Sierra Club, $400,000 to the Nature Conservancy, and millions more to other environmental advocacy groups.

With Barbara gone, her nephew Frank Brunckhorst III is slated to receive her shares of the company. The two apparently had a close relationship. Her dying wish, he says, was for a significant portion of her stake in Boar’s Head to be given to environmental charities, and to neuroscience research at Carnegie Mellon University. He intends to honor her wishes. But enter Eric Bischoff, grandson of co-founder Bruno Bischoff. He claims that Barbara’s shares should rightfully go to him, not to charity, although the rationale for that claim has yet to be fully explained.

On May 14 Fred Brunckhorst III filed a legal action with the U.S. District Court for the Southern District of New York, alleging that “Eric, apparently motivated by breathtaking greed, asserts and threatens to pursue claims that Frank is not entitled to acquire the Barbara Brunckhorst Shares…Eric appeared prepared to line his own pockets at the expense of the charities that were so important to Barbara to support.”

Unfortunately, it appears that Barbara’s dying wishes never made it into a formal written document. No legal mechanism was put in place to allow her business interests to pass to her beloved charities. We will have to wait to see how the battle plays out. In the meantime, this is a good lesson for the rest of us: The way to make sure your desires become reality once your gone is to put them in writing, clearly, in your will and/or trust. Remember, you won’t be around to clarify things if anyone has questions or doubts.

For assistance with your own planning, schedule a consultation with The Karp Law Firm’s estate planning lawyers. Call 561-625-1100.